My favourite time of the day

If that's maybe a little 'woo woo' sounding for you, call them routines. Either way, you know what's going on, and when! Then they become habits, and habits rule your life and your results.

I've always been big on the rituals. Especially the morning ritual. Someone said to me 16 years ago...

Win the morning and you win the day!

I'm sure you've been there, you sleep in and you're chasing your tail the whole fucking day!

For some, that is their morning ritual.

Everyday starts in rage! Then it's reaction after reaction to people and things until bed!

One thing we've been pretty solid on since we had Louis is his routine. Obviously, when they're babies, they do what they do but from 6 weeks on, when he first slept all night, he's been in bed for 6pm.

Even during this plandemic and the farcical lockdown shambles, we've kept his routine.

Lots of people have said to us how 'lucky' we are Louis sleeps all night, every night. And there may well be a bit of that, but i'm going to put some of it down to his routine.

And we don't fill him full of sugary shite the whole day. But that's a topic for another time.

I've worked with a few dads who's kids were all over the place. They said routine made things a lot better!

We once stayed round at my mam's a bit later than usual. Must've been something on, probably Sarah battering her way through a bottle of wine, can't remember but i know the clocks changed that night.

So Louis was late to bed, plus the clocks changed forward and it was 3 days of hell for us! Maybe it was a full moon or something.

So we figured there must be something to the routine thing and stuck to it!

The routine changes, as he grows, but the principle is the same.

It used to be upstairs, in the rocking chair with his bottle. Then he got bigger and it was a bottle and a story.

Then it turned into a book(s) downstairs.

Now, it's the best one of all.

But i've a little confession to make here. I think it's turned into my evening ritual. I'll be quite happy with this one until he moves out.

It started off Louis & me, but mam has even joined in. I'd be lying if i said i wasn't a little excited for him getting his jammies on and the covers ready for...

Shaun and the Sheep!

Maybe it's the Aberdeen in me...

Louis preps the sofa while i get the tele on, then i kick off my shoes and get under the covers while Louis dances to the theme tune, then we cuddle up and watch a few episodes. 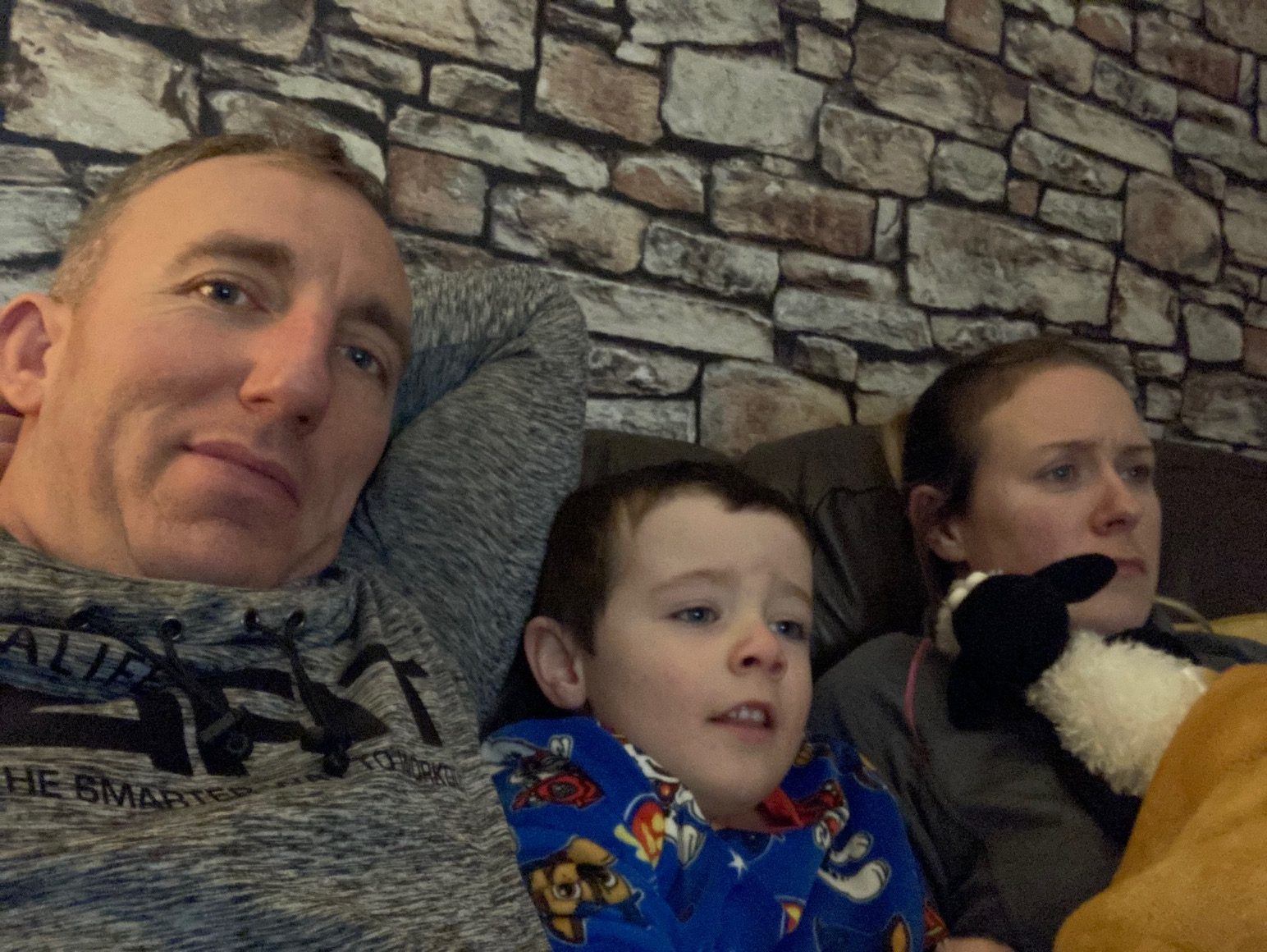 I'd do the same again before my bed if i got away with it!!

But i have my own bedtime rituals, the usual stuff. Dog out, 50 press ups, and then some quick self analysis on the day. Nothing major, few small wins, what could i do better etc.

Basically, did i do what i planned to do.

Then i get the next day planned out so i'm not getting up in the morning and spending hours thinking about what i'm going to do and getting ready to get ready!

Bed for 10, get a decent kip and up at 6 for the morning routine.

Get hydrated, morning exercises, review my goals, personal development, bit of work in the journal, and a healthy breakfast. I'll add in a bit of meditation too when i work out what the fuck i'm supposed to do with it.

So, what are your rituals creating in your life?

In your health, in your head, and in your bank?

Need to make some changes?

And don't give me the old 'i don't have time' excuse - You could change your life in about a quarter of the time you spend on social media!

Yes, go check the time spent on social media on your phone!

Then join us full time inside the Dads on fire club!

Sign up below for the the Dads on Fire, Daily!

Sign up below for tips, tricks & tools to up your game!