It's our tagline here at Dads on fire!

Because they ARE watching. And whether good or bad, you ARE setting an example!

So Lynn over at Stoneyview Embroidery finished up our t-shirts and they arrived yesterday. I wanted them here for starting the Goggings 4x4x48 on Saturday am. 4am!

I tried it on for size and strolled into the kitchen to give Sarah a look... 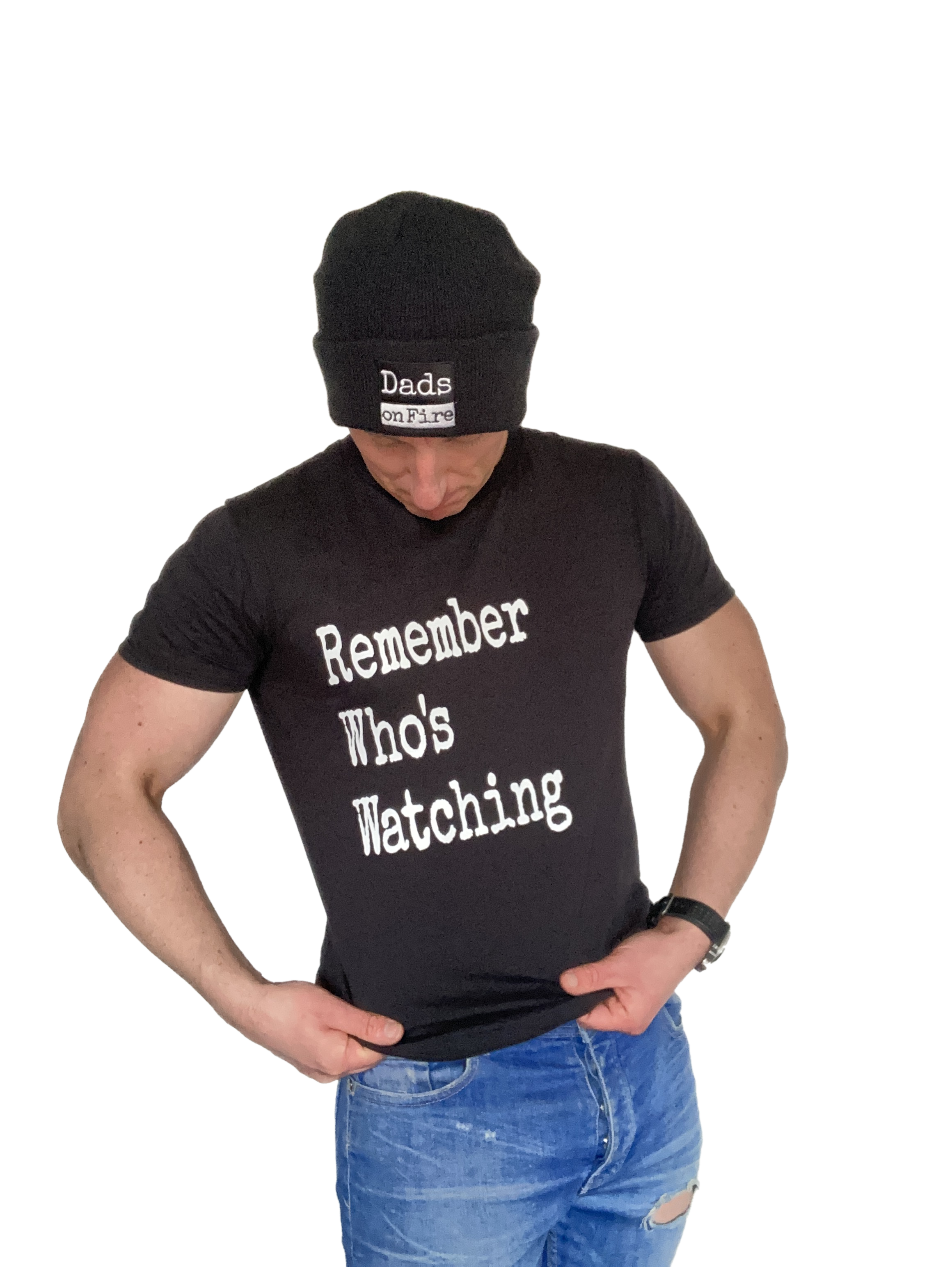 What will you say if someone asks who's watching?

Good question. I hadn't actually thought about it from that angle as up until today, it was a tagline. Now it's on plain t-shirts, unless our logo is close by, it's not totally clear to the naked eye we're a brand based around helping Dads.

So, who is watching, Ewan?

Well, the obvious answer, and the whole point of it is, your kids, of course. Soaking it all up. In fact, up until the age of 7, they're basically downloading the program of which they'll live most of their life by. 95% or so!

And i'm very aware of this!

Today threw up a wee example.

It's a decent day here so Louis said he wanted to go to nursery in the buggy. Well, buggy to Nanee Mo's and then walk the last bit. Can't rock up at nursery in his buggy, street cred fucked!

After a go on her treadmill, and nearly knocking her off the end of it, (story for another day) we set off for nursery. We didn't get far before he gets in to a full blown conversation with an old manny walking his dogs. Apparently, 2 of them are coming to live with us and the old fella's meeting Louis at nursery tomorrow.

I finally gets him to nursery and set off home with Tony Robbins playing on YouTube. I started to ponder how i would answer the question.

Probably depends on who asked.

Then, as if scripted, i walked round the corner to find a dad and his young boy, probably not much older than Louis, standing on the pavement, about to cross the road.

But then, as they started to cross the road, the dad lets go, pulls out a packet of fags, a lighter and proceeds to spark up.

The wee boy looking up at him the entire time.

ps, come and join us full time with the Dads on Fire, Daily! Sign up below!